Warhammer 40,000 has entered a new age – the age of the Dark Imperium. In this deadly era, five warlords answer the call to create new armies for the new edition.

I will bring you updates from the front as Ben, Duffin, Brian, Adam and Dexter progress from concept to fully painted reality. Join me for a journey into the grim darkness of the far future… 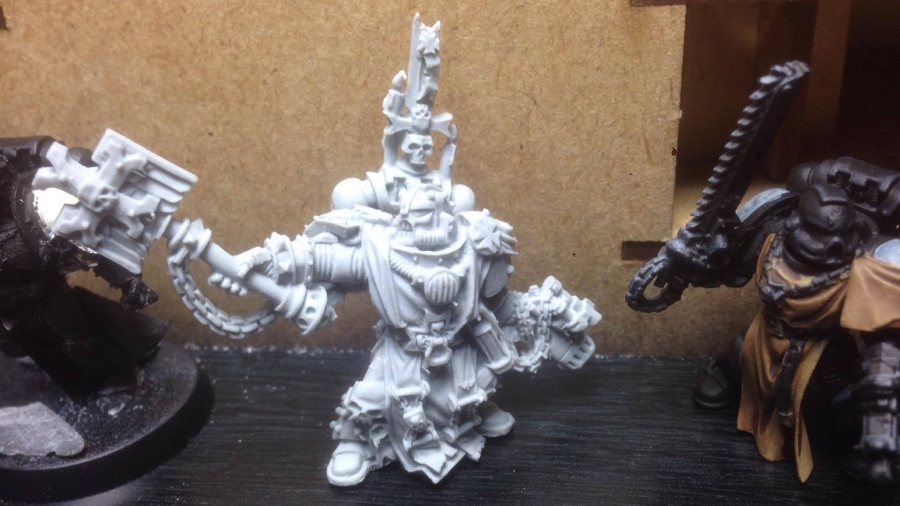 Helsreach. Helsreach was the reason I started on Black Templars ages ago, and it’s a big part of why I still find them to be my favorite Chapter of Adeptus Astartes. Because of that, I’ve always particularly favored Grimaldus as a HQ for my Black Templar forces, and for the 2,000 point army I am working on for this series, he continues to lead alongside the Emperor’s Champion. I have both models assembled, but haven’t gotten around to putting any paint on them as I wanted to get my schemes down before I went ahead with the HQ models. 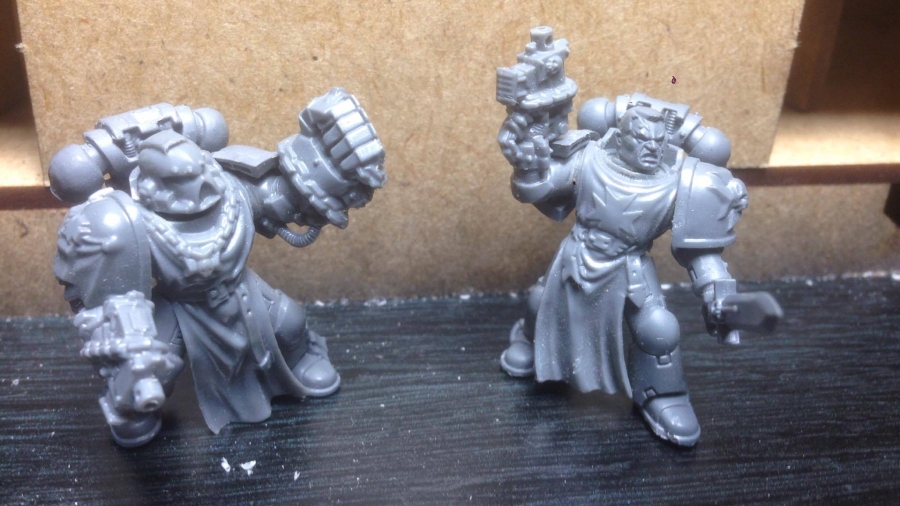 My troops are the quintessential Black Templar units. Several Crusader Squads (the Chapters unique troop choice) outfitted with Chainswords and Bolt Pistols and loaded into Rhinos and a Land Raider Crusader. These squads are always prepared to cut down heretics and xenos alike in holy slaughter. I generally also outfit them with a power sword on the Sword Brother (their version of a Sergeant), a Powerfist in the unit, and a Meltagun. 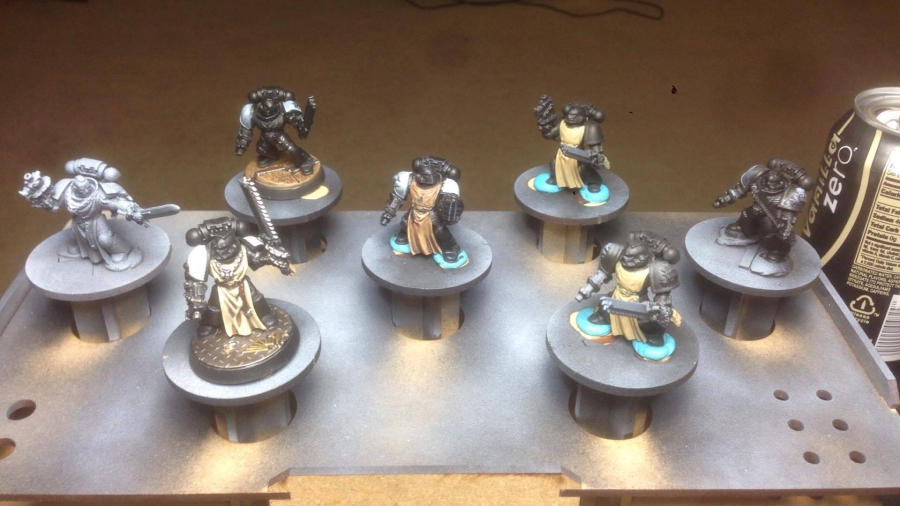 Sadly, while I love the final look of Black Templars, I’ve been discovering that I hate actually painting black armor. It’s significantly slowed me down in my progress on this project, and I found myself building some Primaris marines and the Redemptor Dreadnought instead (check out my review). I still very much want to finish this army though. I started re-reading Helsreach to jump start my hobby drive and will be putting in the hours this week. 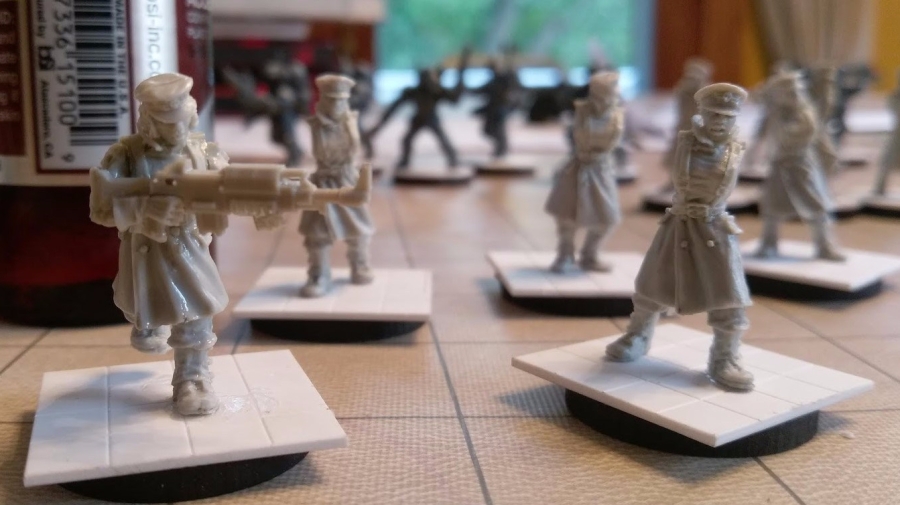 “Give me your sons and daughters, I will give you heroes of the Imperium.”
– Atticus Rook Captain of the 54th ‘Deadmen’ Mordiant Guard

Hello there everyone, Duffin here with another installment of my army progress. Sadly, progress came to a bitter halt when my shipment of miniatures came without their rifles. So the main part of my army wasn’t getting built and I worked on a storyboard and background for this army instead. Giving names and ranks to certain units the army has kept me in the spirit of this event and was much needed when the deadline was coming up. After I finally received my rifles I went hard at work to complete these units to start my painting process. 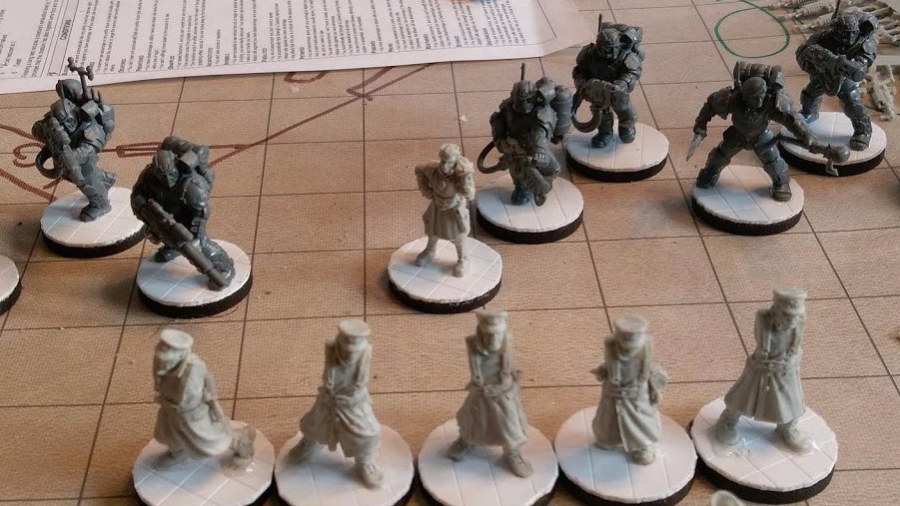 The core of my army is going to be standard Guardsmen with Vox-Casters, Special Weapons, and Heavy Weapons Teams. Making a definite Line Infantry that the Mordians are known for. I will also have Scions to use as my elite specialists under my Commander’s orders. Capt. Atticus Rook will be my head Company Commander, the model himself I’m still working on the blueprints. I plan for next deadline to have paint on all the models for the core of the force. 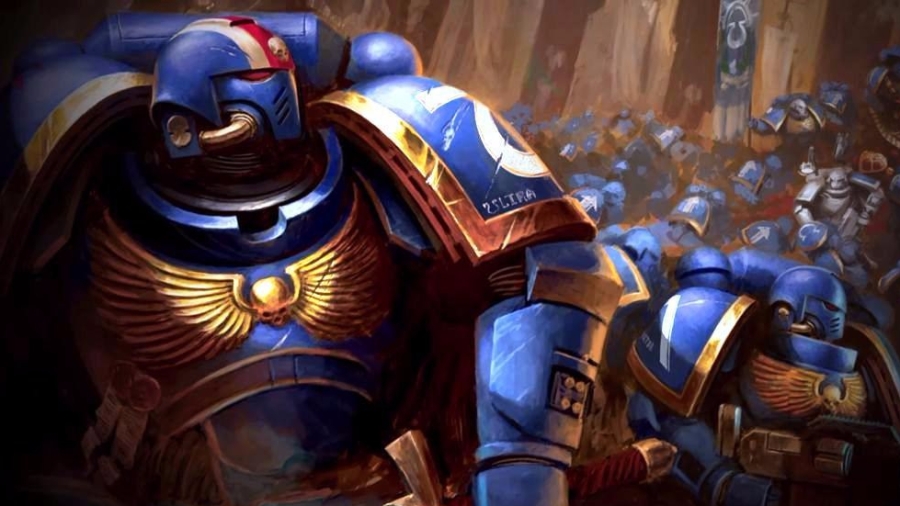 Hello everyone! So the last couple weeks have been pretty eventful in the world of 40k. I went on vacation and came home to find the new Codex: Space Marines was out. I was quickly alerted to the fact that the Kor’sarro Khan entry no longer had access to a bike. As someone who had put nearly 15 hours converting a Kor’sarro Khan model on bike, this was disheartening, to say the least.  As I looked through the Codex, I also realized that bikes were no longer options for other characters either, at which point I decided I would be abandoning my White Scars force. I realize that I could mix and match from Index Imperium: 1 and Codex: Space Marines, but I think that the exclusion of those options speaks to the direction of the Space Marine line. Needless to say, I was pretty bummed. Since I was pouring so much effort into converting and painting, it just didn’t seem worth it to even run the risk of my new army being phased out, so I decided to go another route.

Even though I have been hobbying for nigh on 18 years, in that time I have never painted up a force of Ultramarines, the poster children for the 40k universe. Given that my foray into painting White Scars ended so quickly, I really want to future-proof my hobby; I want to ensure that the models that I spend so long building and painting aren’t dismissed as the new edition takes shape. With that in mind, I am going to be creating an army of Primaris Space Marines. I have procured the new Redemptor Dreadnought kit to go along with my Dark Imperium set. I have my sights on getting Roboute Guilliman as well as some Reivers once I have completed the Dark Imperium set.  So, while this pivot was not planned, I am very excited to experiment with some blues. I’m going to be using a combination of airbrushing and brush painting, and I’ll be working on some custom basing worthy of the sons of Macragge. I’ll try to get some updates in as soon as possible and catch up to my fellow hobbyists. Stay tuned!

Adam – Talons of the Emperor 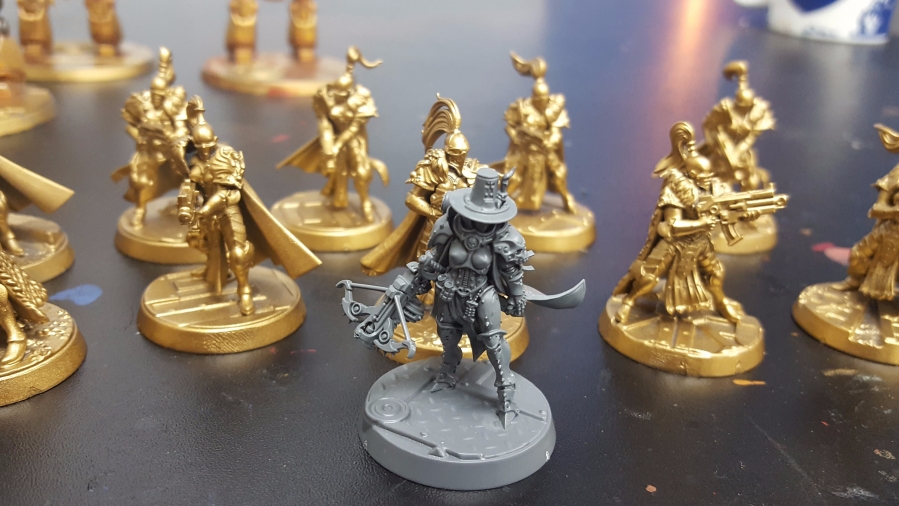 Progress has slowed a bit on my Talons project, but thanks to some help (big
help, Ron), I got the transports built and I’ve been slowly working my way to a painted army. Talons of the Emperor is an army list that puts two of the Imperium’s mightiest and most elite factions together into a single fighting force. I know I can go anywhere in the Imperium for an army but the idea of the Emperors finest marching forth is what really inspires me. So, the core of my army is two Inquisitors bringing these two elite branches together. I tried to have one themed for each branch, one Sisters of Silence and the other Custodes. 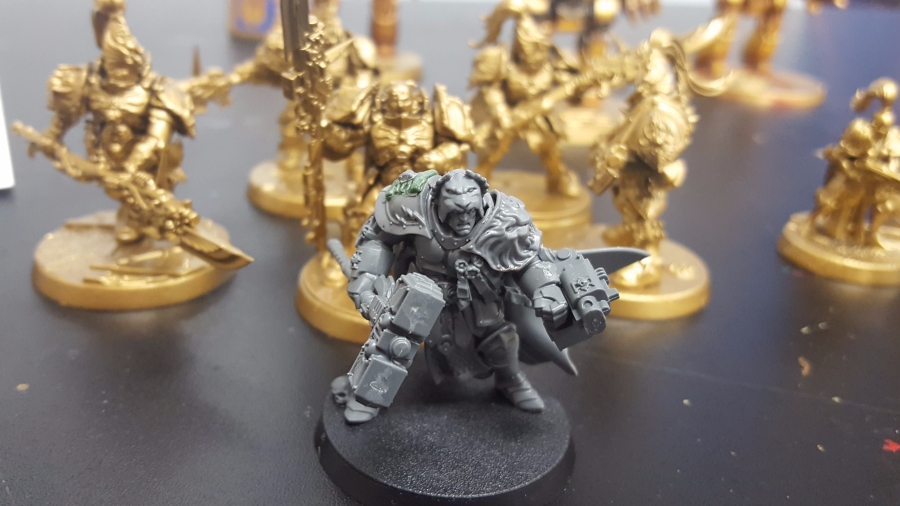 Inquisitor Greyfax will lead the Sisters of Silence, they’ll be the main battleline squads of the army. Compared to Custodes these are my “cheap” troops. They form the bulk of my
soldiers and will hold the line and grab objectives while making life hell for pykers trying to smite my elite vehicles and guard. The Custodes, on the other hand, are led by Inquisitor Obidiah Kross. He was a gift from my friend, Ryan, for a narrative game we have coming up. He is modeled in the style of the Custodes and will lead the hammer blow of way too many strength 5 and 6 attacks straight into my enemy’s best forces. 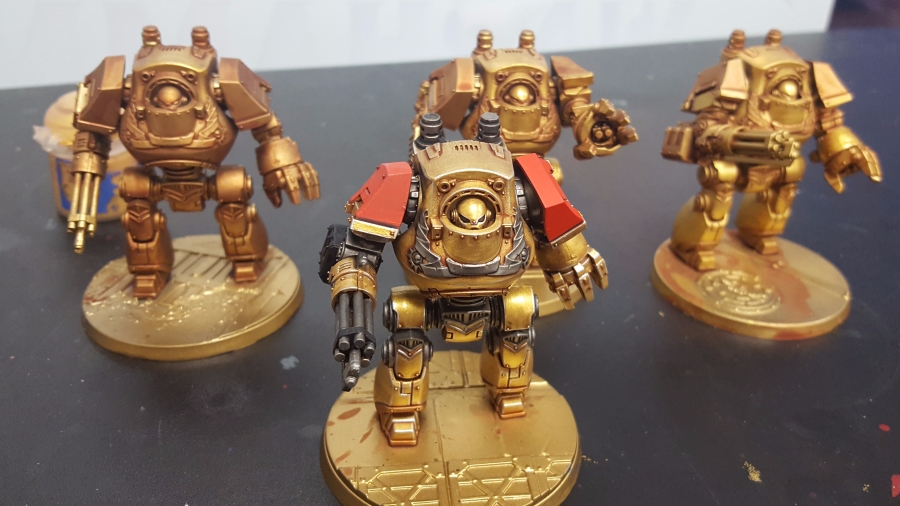 In game terms, the army has performed admirably so far. It has been tough getting used to such an elite army. It seems I either lose or win big. There are very few close games. I’m excited to square off with my other warlords and see how they perform and I’m very excited to get these painted up and hope to make major strides this week.

Progress! The five warlords have put in significant progress on their armies. I cannot wait to see some painted models in the coming weeks. Be sure to check back in two weeks for a brief update.

Although the edition has changed, war…war never changes…

Adding some extra detail to the Bolt Action terrain - posters!
Rohan buildings are finally complete! I still want to add additional details like fencing, barrels, crates, etc but the terrain itself is finished and ready for use! - Andrew
Shots from the Games yesterday at Michigan GT. The Chicago Dice crew took home Best Opponent and Best Theme! Three rounds, one day of fantastic Bolt Action - already looking forward to next year! - Andrew
Round 2 be like: